Metaphysics of Architecture, Experiences of an architecture student. 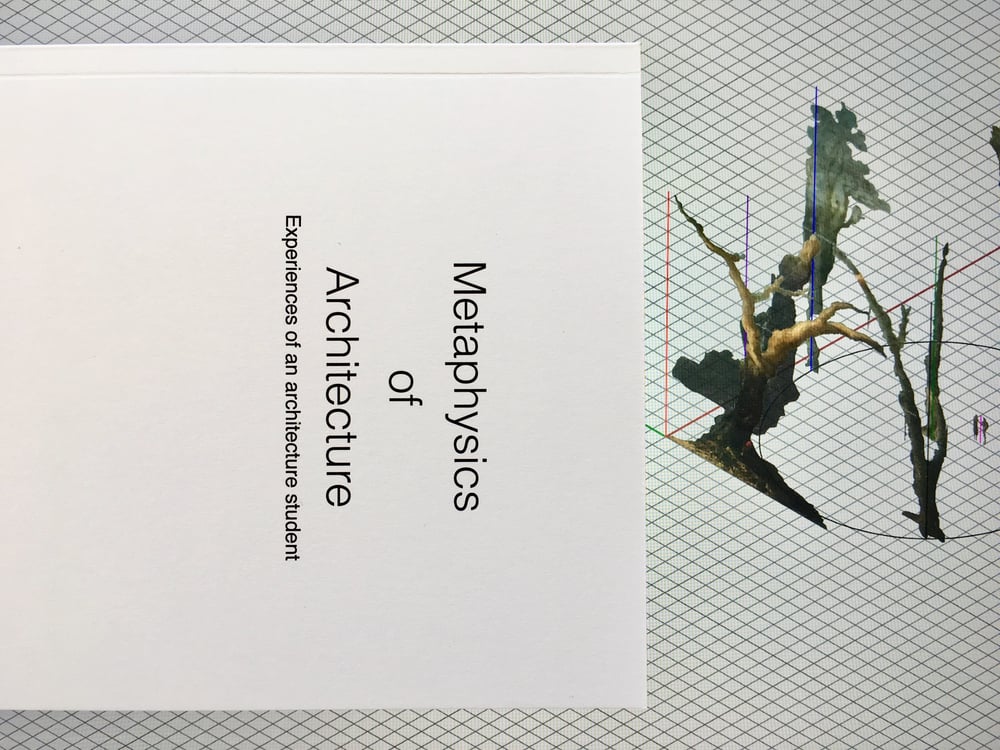 Essay and field study on the formal dialectics of nature and architecture.

Alongside positions of various architects and thinkers of architectural formal expression and space, I am describing my first hand experiences of several spaces, architectural and natural alike. The text is accompanied by a series of black and white photographs.

René Descartes
From a letter to Abbé Claude Picot

I wonder if this parable can be applied to architecture? Would the trunk of this tree represent nature? And would the branches represent the entirety of architecture, with all its different formal phenomena and stylistic expressions? If so, nature would not be the last link in this chain. There would exist something even deeper: the root, the metaphysic fundament, inherent in nature as well as in architecture, which nourishes the architecture
by permeating nature.

PLEASE NOTE: the stated shipping costs are guidelines. The exact shipping costs will be determined from case to case, but will never be higher as stated. Surpluses will be refunded after shipping has taken place.